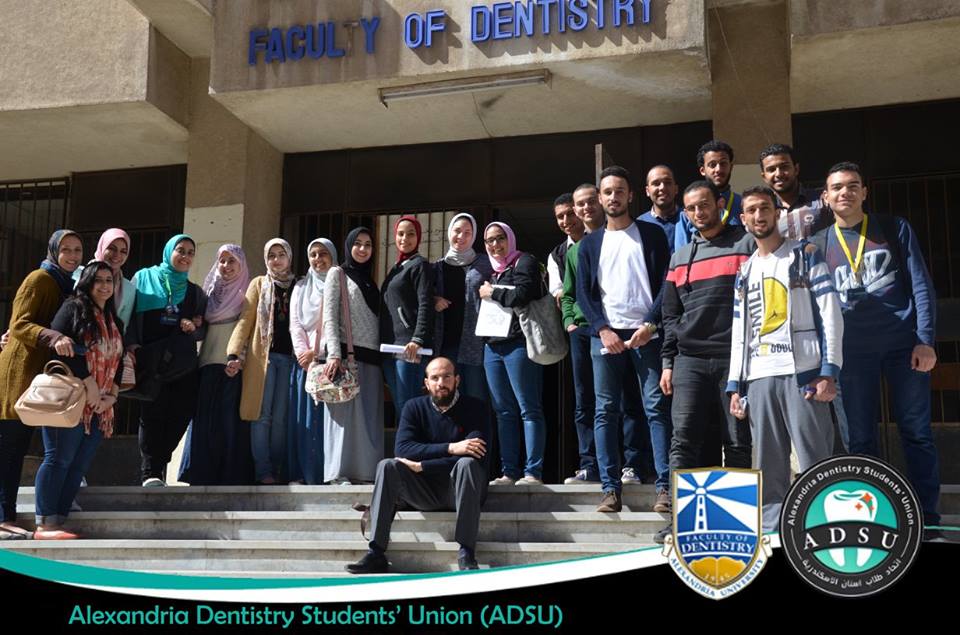 “Seeing a 2 year old child crying his heart out because he didn’t want to get separated from his beloved, he didn’t yet develop the ability of speaking, so he expresses his despair through crying. That’s what writing is, at least to me. It is a way of self expression when all other methods fail..” explained Menna El Faham – one of the attendees of the writing workshop given by Mr. Mahmoud Mansi in Alexandria Dentistry University. The aim of the workshop was to introduce the basic different types of writing to the students who are passionate about writing.

The workshop was organized by Mariam Reda, on Saturday the fifth of March. Mariam is the Head of Media and a member in the Cultural Committee, which are both parts of the university student union. As she explained, she has been attending Mansi’s workshops for 3 years now so she thought it would be a great opportunity for students who love writing like her. She said that she is very happy with the session even though the number of people attending was far less than predicted.

“Writing isn’t anyone’s monopoly,” said Khadiga Sobhy, a dentistry student and a participant in the workshop. In Khadiga’s opinion everyone should write and everyone should participate in such workshops, because it allows them to stop and speculate life for a second. Also she hopes that one day she’ll be able to balance between dentistry and her passion for writing.

Meanwhile, the instructor said that the attendees from dentistry have exceeded his expectations as doctors with their sarcastic pieces. They enhanced the stereotype that doctors are bookworms, as they were so keen to end all the tasks even though the time was out. While Mansi focused more on journalistic approach of writing, as he found that the critical thinking is already dominating. They are doctors and it’s their nature to analyze each and every detail.

A media student in Arab Academy for Science, Technology and Maritime Transport – Hinar Rayan – who is so into writing and is aiming to become a journalist, emphasized the benefits of the workshop in the journalistic career. However, she was disappointed because this workshop didn’t tackle creative writing, short stories and script writing. She also added that she is looking forward for future workshops in order to boost her writing skills and develop her style.

On the other hand, there is Mahmoud who has heard of the session by coincidence from his friend. He was never interested in writing in the first place, but after attending the workshop he believes that he’ll be writing regularly. Although he benefited a lot of new mindsets that were said and the luck offered to him, he doesn’t believe that he’ll pursue a career in writing.

Mr. Mansi quoting one of the attendees “the dentist should be a good storyteller, to distract their patients from their pain and adapt according to their psychology”. Mansi is a role model for people who fear to follow their passion in life and tend to seek the safe track. As a Senior HR Specialist and earlier a business student his love towards writing would have been killed, if he did not keep on writing. He used his talent to answer the essay questions uniquely, and when he was able he did not hesitate to write a novel followed by a play.

Creative Industry Summit Kicks Off from Cairo in April 2016

9 Reasons to Work as a Captain in Careem